Is fear getting in your way? 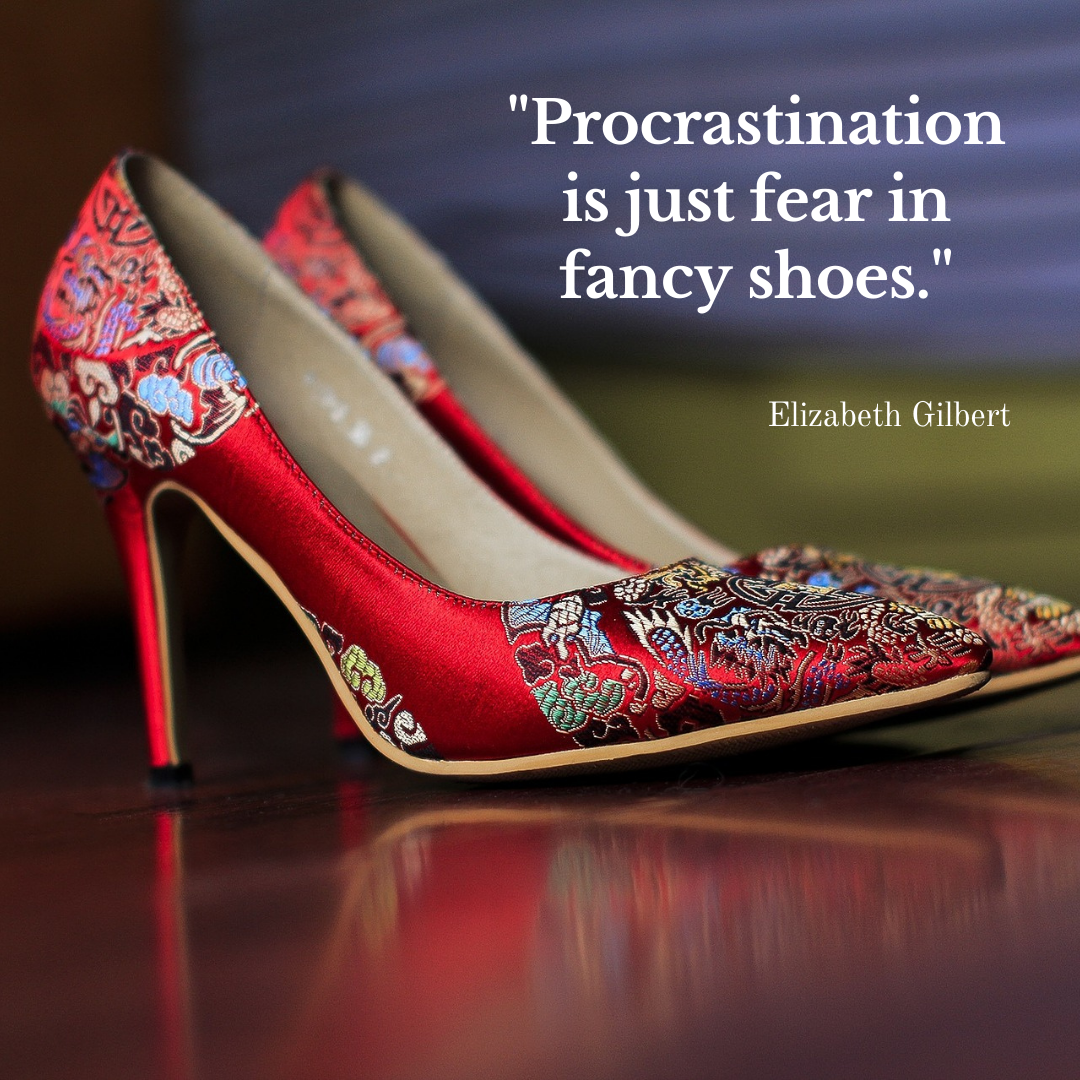 When I published Ethereal, one thing I heard time and time again from friends and readers was, ‘I have an idea for a novel, but I could never write one.’

This was me for, oh, about twenty years. I’ve dreamed of being a writer for as long as I can remember, but the fact was, I just didn’t have the confidence to try.

In short, what if I tried to do the one thing I dreamed about, but it didn’t work? Who would I even be without my dream? Fear had me in a headlock. So what did I do? Very little for a very long time!

My biggest Aha! moment arrived via a story in Elizabeth Gilbert’s fabulous book, Big Magic. If you’ve not read it, I highly recommend it, but in essence, she says we’re stuck with fear. It, just like love, hope and every other emotion we experience, is here to stay. All we can do is learn to live with it

I was chatting about this with a lovely friend of mine who also happens to be a Leadership Development and Executive Coach. Her passion is helping people to develop the skills and courage to lead others with clarity and decency, and she knows a thing or two about how fear can hold us all back.

I scribbled down our chat as there are some real gems in here that are too good not to share.

Does fear play a big part in people achieving (or not achieving) their goals?

In all my years of coaching, there wasn’t a person where fear wasn’t at the heart of the issue.

The thing is, fear shows up in as many forms as there are people. Sometimes the most confident people are still fearful–they just learn to not let it rule their lives.

Are people always aware of it themselves? I know for years I just claimed to be ‘too busy’ to write, but I was just ‘too busy being terrified!’

Fear can be really hard to spot because we’ve been hearing those inner voices, the voices that make excuses or tell you all the reasons you shouldn’t do something for a long time.

You need to ask yourself, ‘is this real? Or is this just my fear talking?’ Fear is there to keep us safe, but it needs to be based on facts. Your house is on fire? Then fear is absolutely doing its job in telling you to get out, but often that voice of fear isn’t grounded in anything real.

That’s quite hard to do though, isn’t it? When we’re all busy with a million things on the to do list? Is that even possible on your own?

I think you can also do absolutely do it on your own, but it is hard. You need to be able to step outside yourself a little bit and be reflective. Identify the specifics of how you’re feeling, and then, when fear pops up, ask those questions to understand if what you’re fearful of is based on truth.

It’s easier when you’ve got somebody who maybe challenges you on some of those beliefs and probes a bit more into the assumptions you might be holding. Talking about it with someone, even a friend, can be a big help.

Fear is one issue, but what else gets in the way of people achieving their goals?

Lack of clarity. This is a big one. Asking yourself, ‘What do I really want?’ and ‘Do I really want to write the book, or do I just like the idea of being an author?’ Being really honest about what we want is a big issue for many people.

You mean, the thing where people love signing books but not actually writing them?

Exactly! You need to love the thing itself, whatever that is, not just what you think the rewards might be.

How can people achieve that sort of clarity?

I usually start by asking a client what’s so appealing about, say, writing a book, climbing a mountain or getting a promotion. I ask them to think about what the dream will look feel like. Where will they be? What will they see? Hear? Feel and smell? The dream needs to be vivid.

So, I’m guessing that seeing myself at my desk writing, smelling fresh coffee and hearing barking dogs in the background is a good sign. What’s next after clarity?

Knowing where to start. Clients show up and, even if they’re clear on what they want, it can be overwhelming. My advice is always to start with small steps.

[Laughs] I can say a few things about overwhelm! I’m thinking of writing a book called, ‘everything I didn’t know about self-publishing.’

It’s easy for perfectionism to kick in and to expect to be able to do everything now, or worse, to do everything right first time, but we need to fail in order to learn. Sarah Blakely, the CEO and founder of Spanx, has a brilliant video on failure. Her dad brought her up to embrace failure as a way of learning and being confident enough to try new things, even when she was terrible at them.

With most things in life, even if the absolute worst-case scenario happens, you’ll survive. Courage is like a muscle. The more the use it, the braver you’ll be.

For more information about coaching with Karin visit: www.liebfrog.com